Posted on February 5, 2013 by colleendown 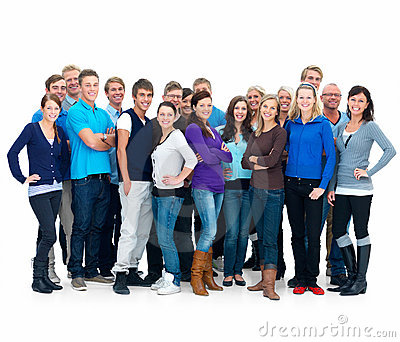 I am now old enough to remember several words that were used during regular dinnertime conversations that would never be used by educated people in a discussion today. Many words have been ‘banned” and as a society we have agreed that because of the pain inflicted by certain words they are no longer acceptable in either written or spoken forms.  I hope that someday there will be other words added to this list of hurtful and unnecessary words. Words that we will no longer let glibly roll off our tongues without first giving thought to what we are saying. One word that I would like to see banished to the garbage can of history is what I call the W-word, the word “Worthy” and along with it, its twin sister, “Unworthy.”

The single greatest regret of my life, the one for which I will never be able to make amends, is leaving my Dad sitting on a couch in the foyer on my wedding day, along with my sweet, Nana. At my father’s funeral my aunt told me that the greatest heartbreak of his life was never seeing any of his daughters married.  Long ago, back when racial epitaphs were still being used on a regular basis, I, too, succumbed to the idea that an arbitrary set of rules could determines if someone was “worthy” or “unworthy.” During a time of immaturity, I overlooked the fact that my father had raised me, cared for me, supported me, sat by me when sick, taught me to drive, moved me into college, hiked with me, fished with me, dreamed with me and loved me enough to travel and sit outside on my wedding day; but was not deemed “worthy” to see me married. Worthy-what a painful word.

When we use the N-word we make a person less-than for the color of their skin, when we use the R-word someone is made to feel less than for the level of their intelligence and when we use the W-word someone is made to feel less than because of capricious standards of right-ness.  Would we ever use the word “unworthy” in connection with a cousin who smokes an occasional joint, but then picks up a homeless teenager on the street and takes him home to give him a roof over his head? Does anyone have a right to judge as worthy or unworthy the gay man who has devoted his life to being a cancer nurse, lovingly caring for men in the last days of their lives? And what of the worthiness of a young, single mother who has given birth and now cares for her young child during the day while working the night shift?

Most regrettably, is the use of the W-word, by those who stand in self-judgment; never quite feeling that they are enough in the sight of God, never feeling they can live up to some unattainable standard of morality. What a cruel and painful word for any young man or young woman to inflict upon themselves as they struggle towards maturity.  What a burdensome word for any father or mother to allow in a family conversation. In our human experience, we all make mistakes and have regrets, we struggle and triumphant and learn and grown…no one is immune to the turbulence of life—young and old alike. Ironically, it is these very experiences that make us worthy (in the middle English sense of the word): honorable, admirable, deserving.

As members of “the family of man,” no one should be left standing outside of the circle. And as we partake, serve, stand, bless, enter and especially marry, the words we should use are those that must never be banned—I am Joyful. I am Blessed.  I am Grateful. I am Loved. I am Striving. I am Human.

4 Responses to Banning the W-word