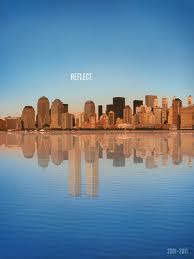 My FaceBook page has been full of posts today of reflections of what people were doing on the morning of September 11, 2001. In the same way that my parent’s generation can tell you exactly where they were and what they were doing on the day John F. Kennedy died, my generation and my children’s generation will forever have seared into their conscience the events of that tragic day. I was at home getting children off to school and “ironically” preparing to make a trip to New York City later that week to attend the United Nation’s Conference on Children, when everything changed, both personally and for our country. As much as I remember the events of 9/11, I reflect more on the night a few months later when in New York City a taxi cab driver dropped us off at the site of the World Trade Center. Surrounded by a chain link fence, it still stood as a makeshift memorial to those thousands of people who lost their lives. Teddy bears, candles, pictures and poems covered the blocks around the gaping hole. Instantly and uncontrollably the tears fell, as statistics became faces; human faces, real faces with real families lighting candles and leaving flowers.

A few days ago, sitting at a dinner table with Pastor Mike Imperial, someone asked him if he was a Presbyterian. He replied “No,” and smiled. He then said, “I am the pastor of the Presbyterian Church in Salt Lake, but I always remind people we are not “Catholics” or “Baptists” or “Mormons” those are the names of the churches where we worship. He then said, “I am a Christian who attends a Presbyterian church.” His little speech brought back memories of the years after my son Andy was born, unaware of the pain their words caused, older people would refer to Andy as a “mongoloid.”  I would make a similar speech, “Andy is a baby boy, with an extra-chromosome. Down Syndrome is his condition, not his identity (and really folks, the term mongoloid is never used anymore).”  Identities like labels can be so confining.

Today, I would like to take Pastor Mike’s remarks one-step further. We are not Christians, Muslims, Hindus or Jews….those are only the containers that hold the rituals we use to worship something higher than ourselves. We are humans….the family of man…children of “life’s longing for itself.” We share the same dreams, feel the same pain, hope the same things for our children, rejoice in birth and suffer together in death. With economic borders dissolving and the internet capturing us all in the same web, hopefully, John Lennon’s world will be one that will no longer have to be imagined. Armageddon will eventually usher in a new world through love….not bloodshed….that is what I hope for my children and children’s children in our post 9/11 world. 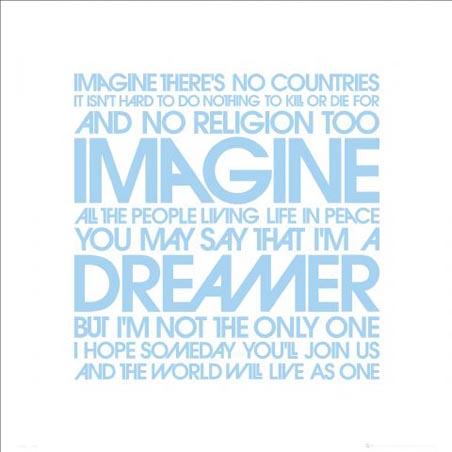